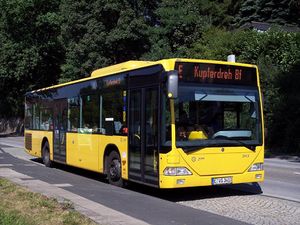 The Mercedes-Benz Citaro (or O530) is the current Mercedes-Benz/EvoBus mainstream bus intended for public transport, introduced in 1997 and replaced the Mercedes-Benz O405/O405N series. Manufactured in Mannheim (Germany), Ligny-en-Barrois (France) and Sámano (Spain), it features a low floor for easy access.

The standard urban model is available in a number of versions: 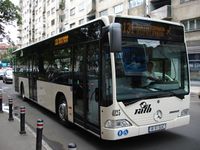 A series of suburban/interurban versions is also produced, with all seats fitted on platforms: 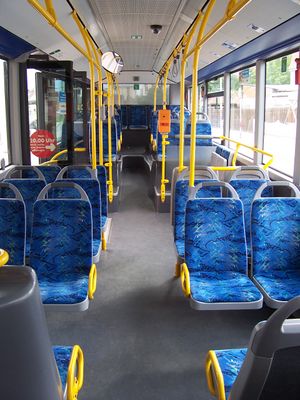 Other customizations include the number and type of doors as well as the internal layout. Two types of seats are offered as part of the standard range, again with a basic model for urban use and an enhanced version for longer-distance routes, although both also are available on all models.

Aside from the usual diesel engines, the Citaro is also available with a powerful Euro IV natural gas engine (model M 447 hLAG) rated at 185 kW (252 PS) or 240 kW (326 PS) - the latter rating used mainly for interurban and articulated buses or standard-length city buses operating in areas with a hilly topography. These engines are also optionally available with Enhanced Environmentally-friendly Vehicle (EEV) certification, meaning that their emission levels are lower than even the most stringent European Union emissions standards.

In 2005, Mercedes-Benz/EvoBus launched a new version of the Citaro to coincide with the introduction of Euro IV-, Euro V- and EEV-compliant engines. Apart from minor technical alternations, mainly to accommodate the new generation of engines, the external design received a facelift to give the buses a less angular look, with internal panelling altered accordingly. Production of the old model ceased by autumn 2006. The Citaro LE and Citaro LE Ü models, which were introduced at the same time, were never produced to the old design.

As a one-off, German operators üstra of Hanover and LVB of Leipzig took delivery of a batch of Citaros bodied to a special design by James Irvine for the 2000 World Exposition. Leipzig's vehicles were lent to Hanover for the duration of the exhibition, but subsequently returned to normal service in their home city. All other Citaros bodied by Mercedes-Benz were to standard designs, however a number of chassis were bodied by independent manufacturers, most notably Hess of Switzerland. However, the Citaro has more recently only been sold as a complete product.

In 2007 the workshops of the Szeged (Hungary) bus operator SZKT converted a regular Citaro to a trolleybus. As of January 2008 3 such buses are already serving as a trolley and more examples are in preparation in the near future.[1]

Even though the usual Citaro models are powered by diesel or natural gas, there is also a hydrogen fuel cell-powered version, designated Citaro BZ or O530BZ. About 35 of these buses have been in service in a variety of different world cities in order to test the feasibility of hydrogen fuel cells in different operating circumstances and different conditions, especially weather conditions.

When Transport for London bought articulated Citaros in 2003 and 2004, four buses caught fire, although there were no casualties involved. In fact, one was burnt on its delivery journey, for unexplained reasons. Mercedes-Benz did, however, address the problem, though the buses were withdrawn for some time that saw the brief return of the just-retired Routemasters. Unfortunately, these buses were said to have marred the reputation of articulated buses in the United Kingdom, and some Londoners nicknamed them "Chariots of Fire".[2]