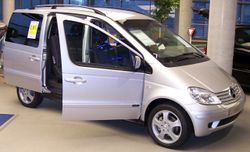 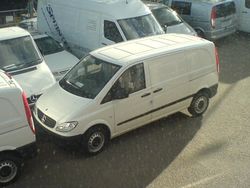 The Mercedes-Benz V-Class is a series of vans that formally contained two models: the Vaneo and the Viano. Production of the Vaneo ended in 2006. The factory now produces the new Sprinter and the Vario.

The Vaneo was based on the first generation A-Class while the Viano is based on the Vito, with which it shares a body. The Vito and Viano differ primarily in interior fittings and both are assembled at the Vitoria factory in Northern Spain.