From Mercedes Wiki
Jump to navigation Jump to search
For a more detailed treatment of this subject, see Mercedes-Benz M-Class. 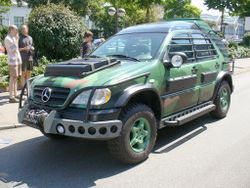 The modified W163 that appears in Steven Spielberg's movie The Lost World: Jurassic Park in 1997. 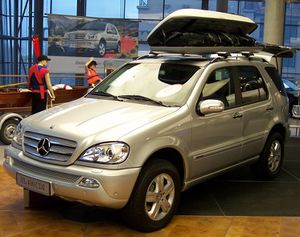 The Original ML Class SUV was released in the US as a 1998 model as the ML320. Later, in 1999 a V8 option became available with the familiar Mercedes-Benz 4.3 Liter V8 under the hood, the ML430 which added more punch and pulling to the Mid-Size SUV.

Navigation was added as an option in the model year 2001