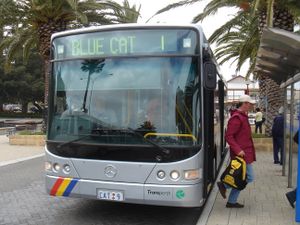 The Mercedes-Benz OC500LE is a modular, heavy-duty, twin-axle bus chassis produced by Mercedes-Benz/EvoBus Ibérica S.A. in Sámano, Spain. It was designed as a base for low-entry city, suburban, and intercity buses weighing a maximum of 18,000 kg. It has much in common with the chassis used for the Mercedes-Benz Citaro integral bus range. The engine is horizontally-mounted over the rear overhang. 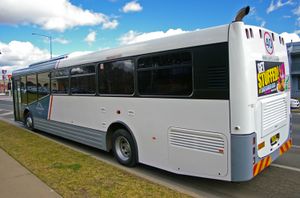 Large numbers of buses built on the OC500LE chassis can be found in Australia, where it is marketed as the "O 500LE" (it has special adjustments and minor changes for the Australian market). Particularly notable are the O 500LE/Volgren CNG-fuelled buses currently being delivered to the city of Perth in Western Australia for operation on the Transperth suburban bus network.

State Transit Authority (Sydney buses) in NSW, Australia are also taking delivery of 255 Mercedes O 500LE CNG units with Custom Coaches CB60 Evo II bodies. Weight and performance issues has meant that the delivery of these vehicles (to start in mid 2007) was delayed until June 2008.

Many operators across Australia have now purchased the O 500LE in various configurations. Problems related to quality control and unreliable electronics have not been uncommon. A lot of these complaints have come from drivers due to some units being under-powered, uncomfortable or rough.

Brisbane Transport withdrew their O 500LEs from the fleet for a short period because of a major unidentified fault which caused buses to suddenly accelerate without warning. This problem was reportedly fixed by Mercedes-Benz and these vehicles are now back on the road. 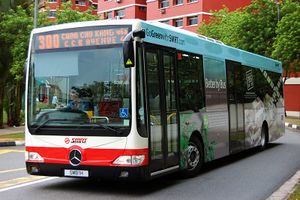 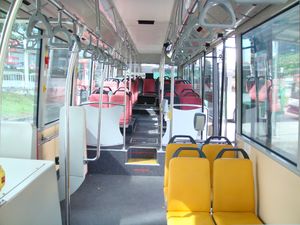 SMRT Buses are currently taking delivery of 132 Mercedes-Benz OC500LEs for fleet replacement and expansion. These buses feature bodywork built by Gemilang with a CapaCity licenced front from Mercedes Benz, engines that meet Euro 5 emissions standards and are wheelchair accessible. They are the first buses in South-East Asia to be fitted with an Euro 5 engine. The first OC500LE began passenger service in late June 2008.

Later production buses include slight modifications, such as a bigger LAWO side and rear electronic route number display. They also have a built-in announcement system. Examples of announcements played include "Thank you for travelling with SMRT Buses." and "Doors are closing!" with a buzzer. The buzzer announcement is also played on MRTs.

A low-entry articulated chassis, called the O500UA is also available. It is produced by Mercedes-Benz do Brasil.

The OC 500 LE chassis is now available with a Euro 4-compliant diesel engine using AdBlue Selective Catalytic Reduction technology. With Euro 4/5, the 252 hp rating of the OM 457 hLA will be discontinued. Therefore the OC 500 LE will have a 299 hp engine as standard.